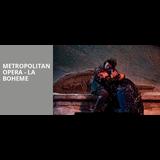 Salisha Thomas makes her 54 Below solo debut in Just Married- A Cabaret About Love, Marriage, and Sex . From a princess for Disney to a princess on Broadway, Salisha tells stories of being in Beautiful on Broadway, becoming Miss California while on tour, and meeting the love of her life on Zoom. Enjoy a night of laughter and some of your favorite Broadway love songs!
Please note that all artis