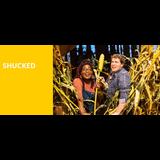 I Wish: The Roles That Could Have Been- Women’s History Month Edition, feat. Judy Kaye & more!

54 Sings Lizzo is BACK! Do you have the "Juice"? Can you keep the "Tempo"? Well the "Rumors" are true! Join us at 54 Below as we celebrate the music of the and only LIZZO! Get ready to dance in your seat to your favorite uplifting Lizzo jams like "Good As Hell," "Truth Hurts," and many more! This show will include iconic throwbacks like "Phone" and newer hits like "Rumors." From her body-positive