for a major tour. Four-time Latin GRAMMY winner Djavan will present a brand-new show with his full
... career. Aside from new hit songs like "Iluminado" and "Num Mundo de Paz", the set list will also include The Walkmen is a rock band formed in New York in 2000. In the late 90´s, the guys constructed an
... York home. They are currently in New York recording a 5th album, which is slated for release in early... . The band has travelled extensively around the world in the last 8 years, but has always called New The Music of Bella Faye

New writer Bella Faye, composer & lyricist of the BroadwayWorld -featured Catching Fireflies: A New
... in between. Join of us for a night of new punk rock musical theater with a classical twist, and... NYC’s up & coming new artists.
Featuring:
Justin Burnett
Clara Charles
Gabriel De

, makes her 54 Below and New York City solo concert debut. Gray grew up singing in the Come-All Choirs of 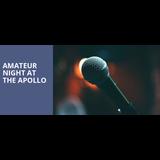 Amateur Night At The Apollo