and star of Broadway’s The Lightning Thief (a New York Times Best of the Year performance), makes his
... a scene-stealer of the highest order." - The New Yorker
Ryan Knowles, award-winning entertainer 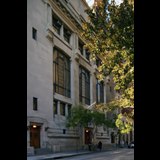 Best New Play
"It will make you believe in the power of theater." - The Times
Life of Pi

once again with a new version of the classic tale.
Based on The Once and Future King by T.H. White