it alone? Can she start a GoFundMe page to get a golden tomb built for single people to get buried in

Smooth soul crooner Jeffrey Osborne rose to prominence as the frontman and lyricist of popular RnB and Funk outfit LTD in the late 60s and 70s, but secured a lasting legacy as a solo artist with five gold... 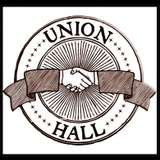 Going strong since the early 1990s, this bone-crunching, fuel-injected motor show gathers together

Fresh from a smash hit run at the Public Theatre, Jordan Cooper´s new play is now playing at the